Commercializing extreme ultraviolet (EUV) lithography was a decades-long challenge that required relentless collaboration, innovation and persistence. One of the primary requirements was to reach adequate power levels in the EUV light source. The team in San Diego, represented by a trio of research and development engineers – Danny Brown, Alex Schafgans and Yezheng Tao – remained singularly focused on this goal. On September 24, 2021, the team received the Berthold Leibinger Innovation Prize (Innovationspreis).

A prestigious honor granted every two years, the Berthold Leibinger Innovation Prize is an international award that recognizes excellence in research and development work on the application or generation of laser light. The award was granted to the trio who personally made key contributions enabling the herculean jump from 193 nm to 13.5 nm wavelength of light, but also increasing the power of an EUV system to achieve system throughput 2,500 times faster than the first EUV prototype.

Previous winners include Nobel laureate Stefan Hell, who received third prize in 2002, and Cymer founder Rick Sandstrom and Cymer CTO Bill Partlo, who received second prize in 2008. And this year, Danny, Alex and Tao accepted first prize for their breakthrough in the laser-produced plasma source for the EUV lithography scanner enabling high-volume manufacturing. They also recognized the thousands of people who collaborated with them to get this new technology across the finish line. 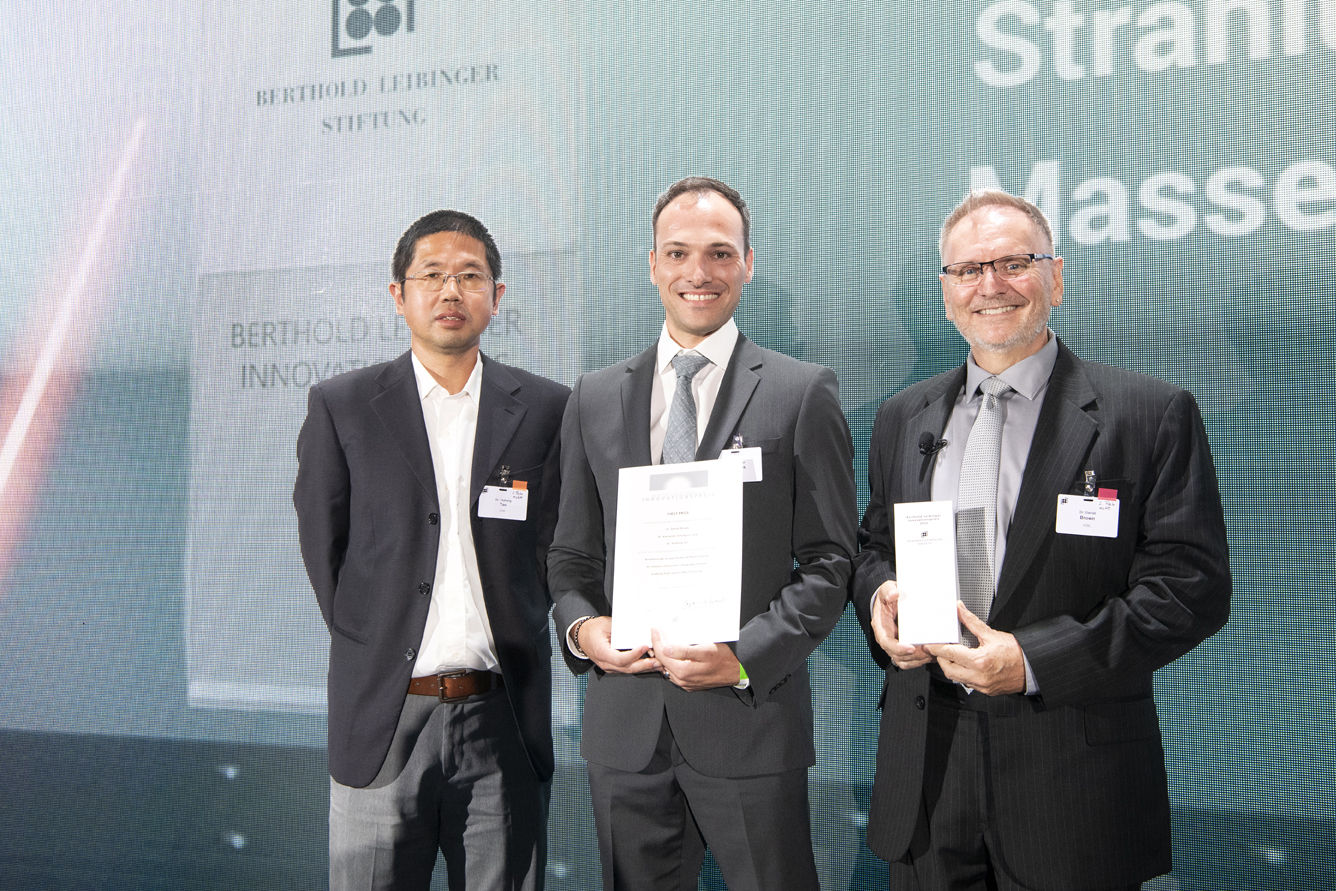 In the beginning, success was measured in the smallest of increments starting at less than 10 watts of EUV source power.


At the helm sat Danny: a sharp, rigorously technical leader who often walked around the lab with a smile on his face and a joke on the tip of his tongue. Danny never doubted their eventual success in bringing EUV to customers' fabs (microchip manufacturing plants).


"When the first prototype was installed and the source and scanner worked, I was optimistic. We hit a major milestone in the innovation roadmap for producing EUV," says Danny.


"Of course, the source was only producing 100th of the average power it was supposed to. But at least the team developed an explanation and had a clear foundation and path forward. From that moment, I knew we would make it."

Alex began work on the EUV program six months after completing his PhD. He soon realized that the theory of EUV was vastly different from EUV in practice.

“I remember working on the EUV source prototype in the R&D lab when we began to apply our new pre-pulse technology,” recalls Alex. “Our team struggled for nearly a month to achieve successful output, but then we finally hit one millijoule (mJ). My supervisor came up and said, ‘You know, we have to take this to five, right?’ It was the equivalent of looking up at Mount Everest from basecamp for me.”

At that moment, the full scale of the journey stretched out before Alex. He had no clue how they would get there, but he was confident the path would be exciting. 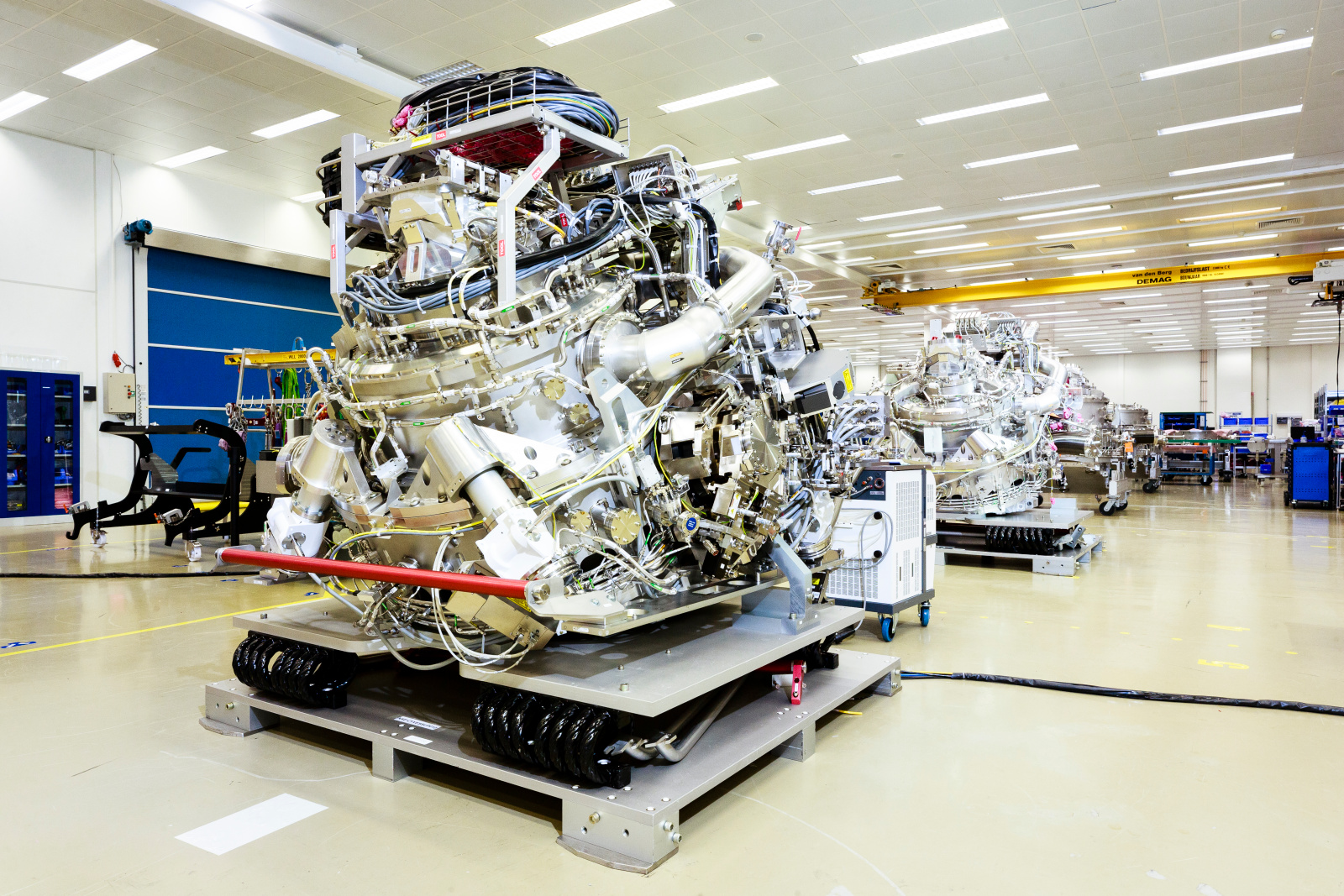 An EUV light source vessel from the outside, before being integrated into an EUV lithography machine.

"Alex's technical acumen, combined with his ability to strategize, made it possible for us to delve into the root cause of the problem," shares Danny. "With Alex, we were ultimately able to come out on top with critical solutions."


On the research side, Yezheng Tao devoted nearly 18 years to the development of EUV lithography. His ability to firmly grasp the science behind EUV, coupled with a strong work ethic and tenacious drive, propelled him to achieve technical breakthroughs.


"Tao was usually on the path that was least obvious, but often the most correct," adds Alex.


"He discovered completely novel ways of making laser-produced plasma, taking his knowledge to places far beyond the parameters of an average person's intuition. His contributions were invaluable in hitting key milestones on the road to EUV, and he continues to add value to this day."

At one time, it seemed the EUV program had reached a stalemate. The team was doing everything they could to push the light source over 200 watts (W) of EUV power, but couldn't seem to pass 80 W. So, over a period of around 12 months, they went back to the basics to isolate the fundamental characteristics of what was working and identify how to scale those elements.

This work included gathering new data on the SIM (seed isolation module) that showed the team the right path. This enabled them to increase power 30-40%. “It was the night before Christmas Eve,” says Alex. “We turned on the prototype and we hit 160 W.”


Though the power increase happened overnight, achieving this gain took intense focus and many hours. The second breakthrough came soon after, when the team set up the product architecture in the lab to demonstrate both pre- and main pulse.


“During the first demo, I remember pulling in the pedestal on the seed table and watching the power go from 160 W to over 200 W,” Alex says. “Crossing that threshold gave us confidence we would hit the 250 W mark – it seemed as if everything was falling into place.”

However, the following six months proved to be the most challenging and frustrating period of all. The science of EUV was understood and the goal seemed to be in reach. But it was achieving the final power requirements level through a series of engineering adjustments that ultimately brought EUV to fruition.


A glimpse into the future

Thousands of companies, universities and individuals dedicated themselves to help bring EUV lithography to market. A global network of scientists, engineers and other specialists contributed their discoveries to the collective success of extreme ultraviolet lithography. In 2018, ASML employees Erik Loopstra and Vadim Banine won the European Inventor Award in the Popular Prize category for their key inventions in EUV lithography manufacturing.


Danny, Alex and Tao are among the key enablers helping the semiconductor industry maintain Moore’s Law, with their efforts recognized by this award. We’re proud that they’re part of progress at ASML.

Do you want be part of progress? 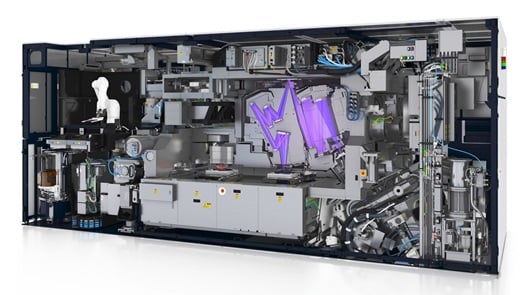